One of the complicating factors for a South African investor is the volatility of the rand. Many of our leading shares derive a large percentage, or even all, their income from their interests overseas – which means that their earnings are directly impacted by the strength or weakness of the rand. So, it becomes essential that you formulate a view on the rand and where you think it might be going.

For example, you may have noticed the fall in the price of Prosus shares since February this year. That fall does not indicate any deterioration in the prospects for its major investment, Tencent, or the company itself, but rather it reflects a shift in perceptions of the future of the rand, especially among institutional fund managers.

At its peak of R1937.76 on 19th February 2021, Prosus was trading on a Price:Earnings multiple (P:E) of 69.62 – which meant that investors buying its shares at that price would need to wait almost 70 years at that level of Prosus earnings for the cumulative earnings to add up to the price they were being asked to pay for the share. Consider the chart:

Here you can see that Prosus was in a steady upward trend between April 2020 and February 2021. Then the share began to fall. Its earnings prospects had not really changed significantly – it was just on a very high multiple and highly sensitive to perceptions of the rand.

A P:E of 70 is a very tall ask. To give you an idea, on that day, 19th February 2021, the JSE Overall index was trading on an average P:E of 26.32 and even the S&P500 was on an average multiple of about 40. When a share is on a very high multiple, it becomes much more vulnerable. The slightest piece of bad news can send the share tumbling – because all the good news is already discounted into the share’s price. In the case of Prosus, one significant negative factor over the past three months has been the improving prospects for the rand.

And why is the rand getting stronger? We have long said that the rand was underpriced against first-world currencies. This year, as the recovery of the economy from COVID-19 has been happening on the back of rising commodity prices, the rand has been aided by a general perception that President Ramaphosa is steadily strengthening his grip on the ANC and that corruption is receding.

The rand has been the best performing of the emerging market currencies and looks set to continue in that roll. The following chart is one that you should be very familiar with from our various articles and Confidential Reports:

Here you can see the rand against the US dollar going back to March 2018. It shows the support at R15.30 temporarily broken by the COVID-19 aberration, then the period of uncertainty in the lead-up to the US election and finally the relief rally which came with Biden’s win. Resistance at R14.40 was broken when the rand strengthened to R14.16 on 15th April 2021. This has been followed by a correction back to the R14.40 level (where previous technical resistance became support) and then a decisive strengthening to R14.03 on Friday 7th May 2021.

This continued pattern of rand strength is surely based, at least to some extent, on the successful suspension of Ace Magashule (and many other corrupt ANC officials) from office last week. The Ramaphosa camp is seen as becoming steadily more assertive in its battle with the Zuma/Magashule camp.

Another major factor must also be the new record high on Wall Street which saw the S&P end the week at 4232.6. US investors are becoming more “risk-on” and so emerging market currencies, and especially the rand, are benefiting.

Good news as this is, it is bad news for the holders of rand hedge shares like Prosus. As a private investor, your perception of the future of the rand must always be a major component of your analysis. 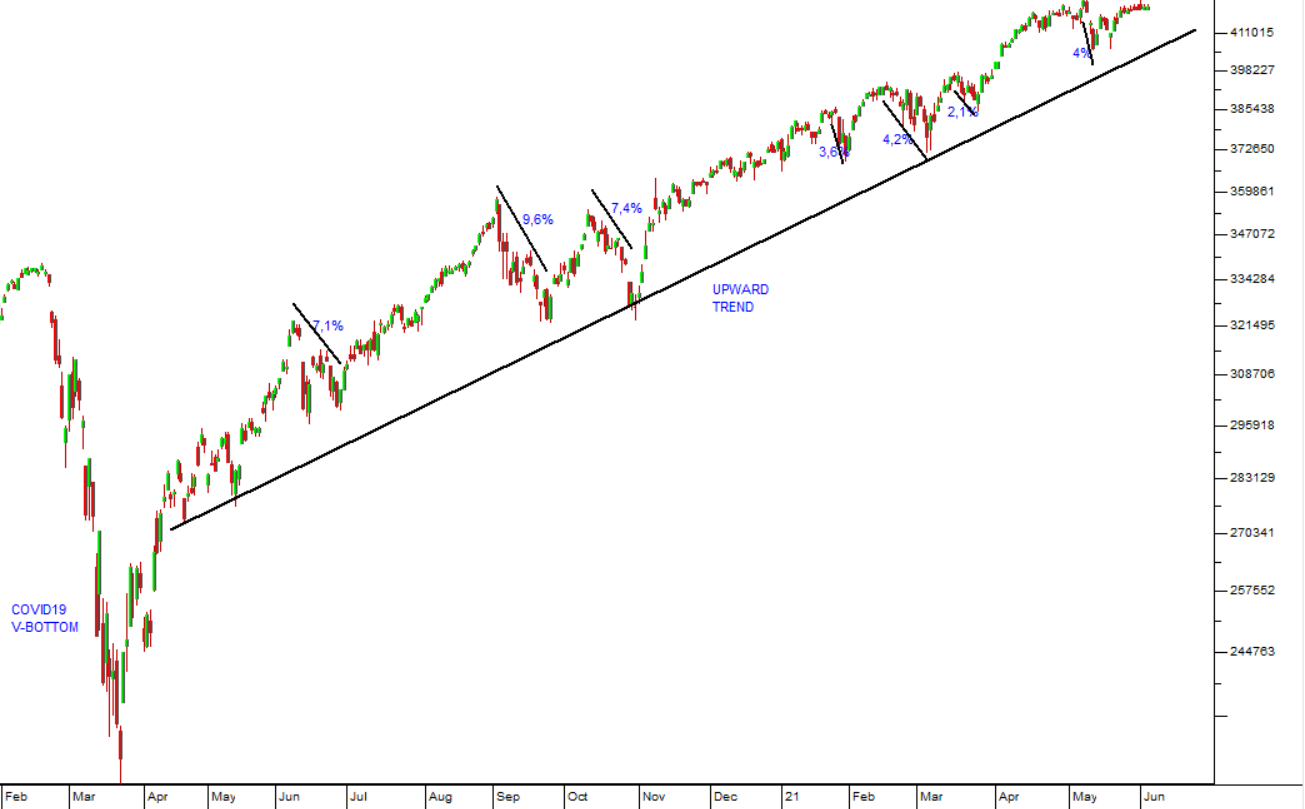 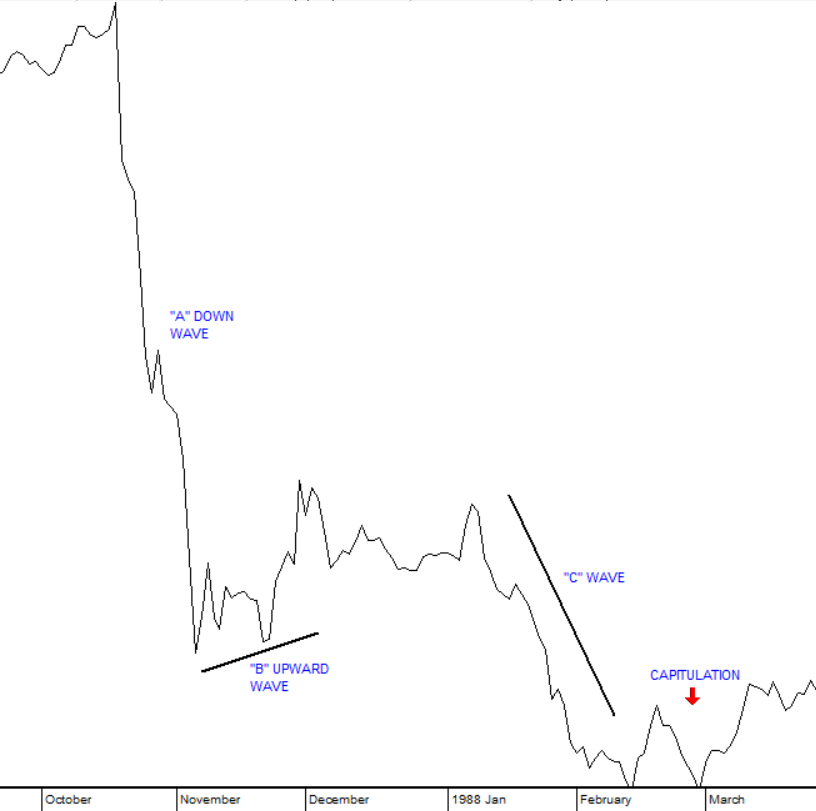 In our articles Elimination of the Bears, 12 Year Bull Trend and Top of the Market Signs, we have been talking about the progress and possible future of the great bull trend which is gripping world markets. These articles echo the document “Our Background Approach”


You may also recall our article of 23rd January