With the destruction of the South African construction sector following the 2010 Soccer World Cup, the Aveng share price collapsed from around R75 in August 2008 to as little as 1c following its two 1,5c rights issues in 2021. The company is now left with two profitable companies:

We previously suggested that readers could take a speculative punt on Aveng as far back as 2018. Read "Our Aveng Story" here. Those who took up this suggestion and followed their rights ended up with Aveng shares at an average cost of about 2,5c each. In the second half of 2021 the share was trading for between 5c and 6c and it had become a speculators plaything with millions of shares changing hands every day. After the two rights issues, the company found itself a heavily traded penny stock with 60bn shares in issue.

To resolve this situation, the company decided to undertake a 500-for-1 consolidation to take effect on 8th December 2021. In other words, every 500 shares at the close of trade on 7th December 2021 were converted into 1 share when the market opened the next day (8th December 2021). Consolidations are relatively rare on the JSE and are usually done where the company wants to get away from speculators and the stigma of being a penny stock.

A person who bought R10000 worth of the shares for 4c each and then followed their rights would have ended up with 566 000 shares trading for between 5c and 6c immediately before the consolidation. The consolidation would then have reduced their holding to 1132 shares (566000/500) trading for between R20 and R30. As it happens, after the consolidation many of the speculators decided to take their profits and go elsewhere (which was the objective) and the resultant profit taking caused the share to fall to 2550c.

In its most recent results for the year to 30th June 2021, the company reported headline earnings per share (HEPS) of 2c -which came to 1000c per share after the consolidation. This puts the company on a price:earnings ratio (P:E) of 2,55. Given that it had work in hand worth R25,3bn and a net cash position of R1,1bn at 30th June 20201, this makes the shares extraordinarily cheap.

The JSE overall index has an average P:E of 12,18. It would be reasonable to expect a construction company to trade at a lower P:E – but even if it trades at half the P:E of the overall index (at say, 6) the shares should be changing hands for around R60 each. No doubt it will take a little while for the institutional fund managers to realise this point, but when they do, it seems reasonable to expect Aveng shares to rise rapidly.

Another interesting point is that on 23rd November 2021 Bernard Swanepoel who is a non-executive director of Aveng bought 5,9m Aveng shares at 5c each. Swanepoel is an extremely experienced and very well-known mining engineer who used to be the CEO of Harmony gold mine. I doubt he would be buying this share unless he saw a bright future. At the same time Aveng announced on 10th December 2021 that Bank of America has increased its stake in the company to just under 10%. You should ask yourself why a massive international banking group would be buying the shares of this little known South African construction company.

For the shareholder who bought the shares at 4c and followed the rights, the average cost per share (after the consolidation) would be around R12.50 – so that person has already made more than 100% profit and could see their profit rise to as much as 400% if the share rises to R50.

It is that time of year when various experts feel it incumbent on themselves to make predictions – especially for the progress of the rand during 2022. Of course, the strength of the rand is a vital component of any private investor’s analysis because so many of our shares have significant interests overseas or are engaged in exporting. 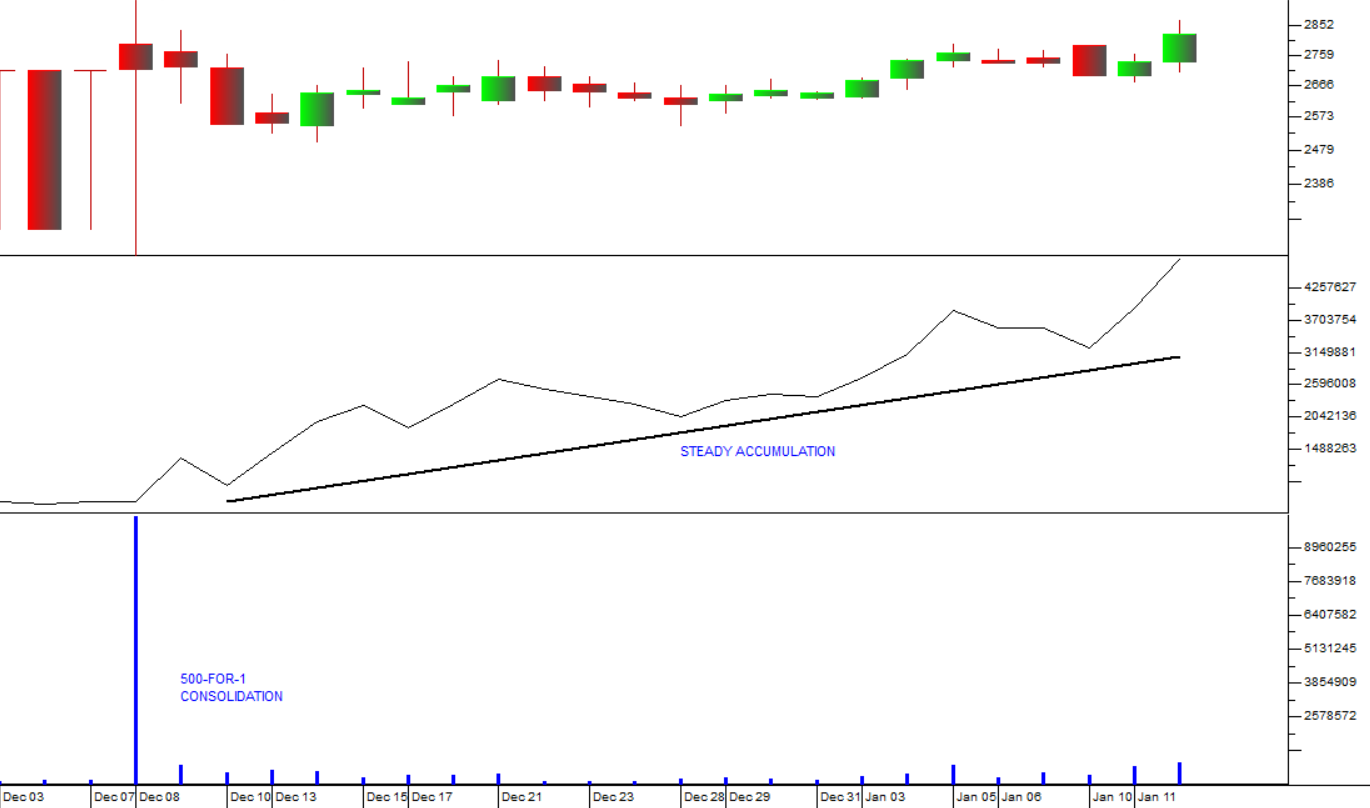 Over the past few years, we have consistently recommended Aveng (AEG) as an opportunity. Those who have followed our advice have more than doubled their money.


By the start of 2022, the company had substantially reduced its debt and completed a 500-for-1 consolidation. These two events have returned the share from being a marginal penny

Private investors often accumulate a portfolio over a number of years, as and when they have surplus capital available. Typically, they do not give much thought about how that portfolio should be structured to maximize return and minimize risk.

In our company investment club (which we introduced you to in our article on 14th December 2020) we showed that we had 46 Clicks (CLS) shares for which we had paid an average of R228.17. Subsequently we bought a further 41 Clicks shares on 3 of May 2021, at a cost of 245.61. This transaction brought our average cost up

Capitec has been, arguably, one of the best investments on the JSE over the past 20 years. It was launched by PSG and listed on the stock exchange in February 2002. Since then, it has become a disruptive powerhouse in the banking industry, consistently taking market share away from the four big banks in South Africa. By market capitalisation it is

Three weeks ago, on 15th November 2021, we published an article about Grand Parade (GPL) in which we drew attention to the fact that it had broken up through its long-term downward trendline and was now in a new upward trend. We suggested that this made it worthy of your attention as a private investor. What we did 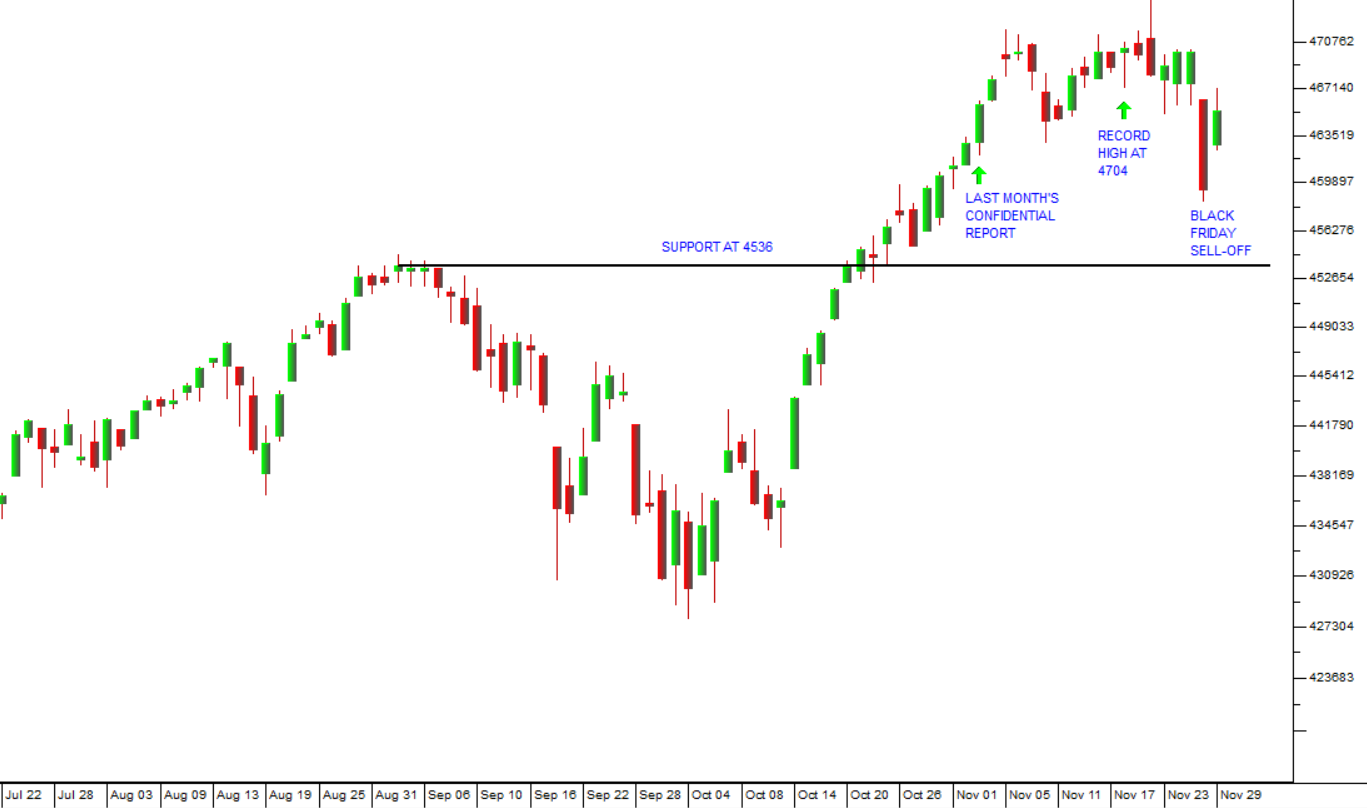 
The US economy is still booming. Weekly jobless claims, for the week ended 20 November 2021, fell 71 000, while consumer spending jumped 1,3% in October month alone. Third quarter gross domestic product (GDP) came in at 2,1% - hammered by supply constraints, but above analysts’ expectations. Unemployment has fallen to 4,6% and

Technical analysis, which is the search for and analysis of patterns in share price charts, can become very complex and mathematical. Literally thousands of line indicators have been developed which claim to improve the investor’s probability of being right when determining the moment when a share’s price turns. In our experience, the 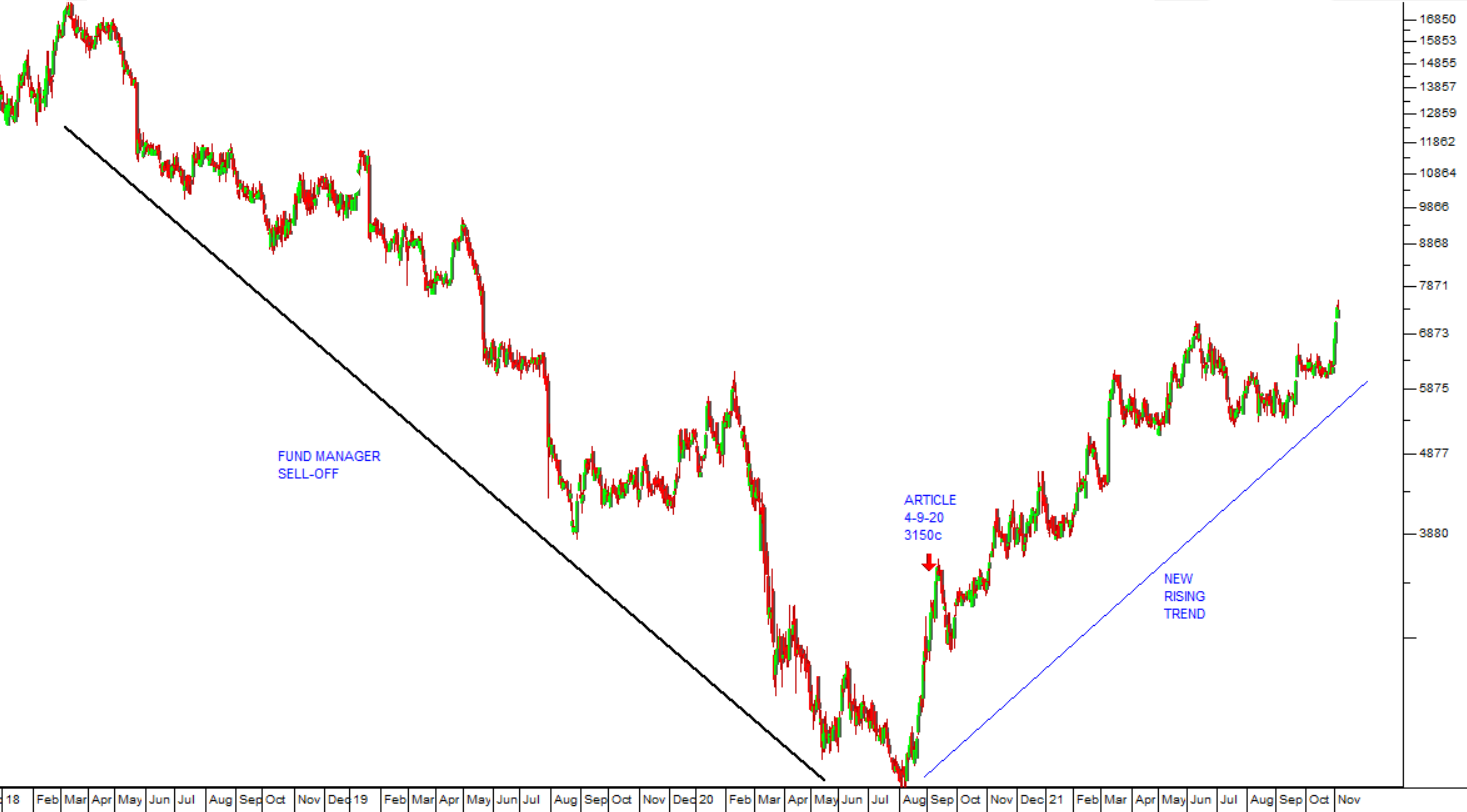 Finding winning shares is not just about looking for quality. It is about finding quality when it is cheap – which usually means finding it when it has fallen heavily and is out of favour with institutional fund managers. We advise you to look for the “mountain behind you” in the chart.


As a private investor